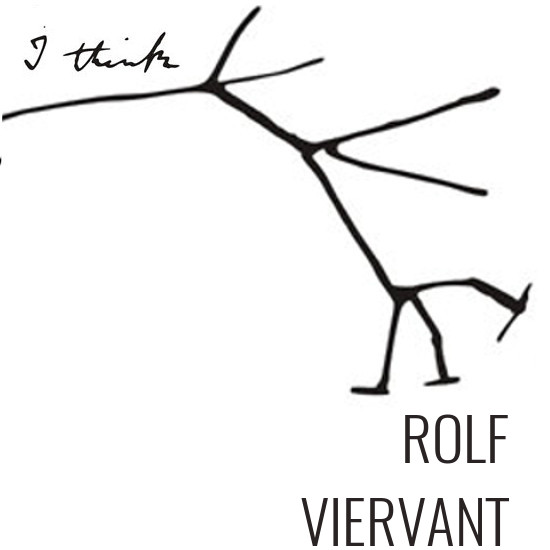 The Original March of Progress

The March of Progress image was for the first time published in 1965 in a Time Life Books book called: ‘Early Man’. Since then the image has been both debated, and used for an endless amount of applications. 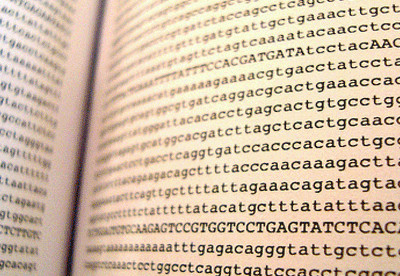 The Size of the Genome

In 2012 scientists of the University of Leicester printed the full human genome in books. A BBC news item shows the impressive 130 thick volumes that were required to achieve this. One heavy book is shown to exclusively contain four letters, ACTG, from cover to cover: no spaces, no paragraphs, no chapters. 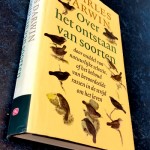 My Dutch Copy of ‘Over het ontstaan van soorten’, to show the size.

Practically those books are completely useless, but beside that: wow! From the moment I saw it, I really wanted to have a full genome library like that!

Such a practical representation of the human genome, as it was deciphered in the Human Genome Project, gives an elegant insight in the dimensions, the complexity, and above all: the astonishing incomprehensibility of the genome. Sadly, printed genome library’s were sold nowhere. That is why I tried to make the genome materially concrete for myself in another way. I tried to visualize it, using a book that I, and many other people do have at home: Darwin’s On the Origin of Species. There’s two pictures of my personal Dutch copy beside to show its size. 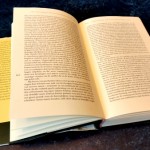 Pages of my OTOOS copy, to show the letter size.

What if the human genome would be printed in books the size of my copy of Darwin’s ‘On the Origin of Species’? 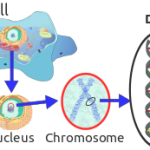 In order to find that out, it might be good to do some genome basics, as a reminder. Humans, like most other living organisms, are made up out of cells. These are quite small, and there’s a lot of them. Each cell has a small core, that contains DNA.

DNA is the molecule with the iconic ‘double helix’ form, that has become the general symbol for genetics. DNA is made up out of very long strings, with four reoccurring variations. These were named A, C, T and G.

Inside each cell there’s about three billion pairs of those letters. All humans share the vast majority of these. It was those three billion letters that were deciphered in the Human Genome Project, and that’s what was printed by the Leicester scientists. (Note that the ‘genome’ is not the same as ‘a gene’ or ‘genes’.) So all cells of our body’s contain roughly the same three billion letter text, and the scope of that, is what I would like to make concrete. 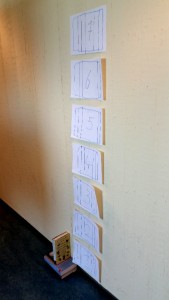 Visualization of seven shelf bookcase, with the OTOOS copy below.

When we take a look at the Darwin Online second edition version of Darwin’s book, we can easily determine that it contains about one million characters, spaces included. So in order to write the genome’s 3.000.000.000 letters in 1.000.000 character books, 3000 books would be required. So roughly three thousand times the text that’s inside my copy of On the Origin of Species, is inside each cell of our bodies.

My copy of The Origin of Species is about 2,4 cm thick, so a row of three thousand copies, would be about 70 meters long!

In order to visualize the amount of text, I imagined a bookcase with seven shelfs. In the university hallway I hung up seven papers, and that seemed reasonable. On the right there’s a photo of this imaginary ‘bookcase’ I made. Also note my copy of On the Origin of species on the lowest ‘shelf’.

A seven shelf bookcase, that were to be filled with 3000 copies of On the Origin of Species, would need to be ten meters long. So if the seven papers were the right hand side of this bookcase, the left hand side would be ten meters down the hallway. In order to visualize this, I took ten big steps, and put my office fitness ball there. A kind student was willing to support my visualization by pointing to the topmost corner of my imaginary bookcase. This is the result: 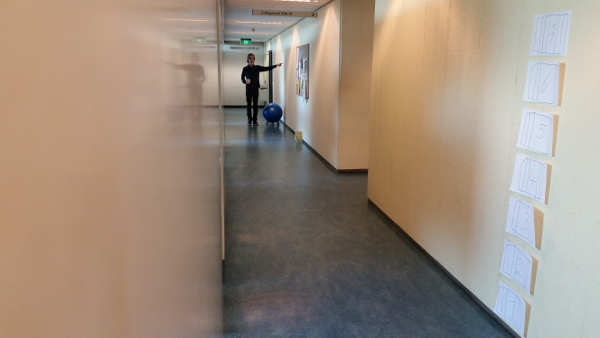 So if this were a seven shelf bookcase, from the papers in the front, to the ball and the student at the back, and if it were entirely filled with copies of the tiny book that’s visible in the middle, than that would be the space required to store a full printed version of the human genome.

On second thought, obtaining such a book collection might not be so desirable after all! I already find it difficult to find proper room for my current book collection, and those are books that are actually fun to read.

And furthermore, I supposedly already posses such a library in every single cell of my body. And since those are estimated to number 37.200.000.000.000, adding one more, wouldn’t really make a difference. Besides, this exercise got me a nice imaginary bookcase just outside my room, and that’s where I will leave it.

Looking through some old digitalized magazines, I stumbled upon this 1901 satiric poem on Darwin’s On the Descent of Man.

The point is absolutely clear: Darwin proves that we essentially all are leather wine sacks meant to pour in booze. And, to be honest, for me it’s the first admissible Darwinian naturalistic fallacy.

How many wondrous things there be of which we can’t the reason see!
And this one, I used to think, that most men like a drop of drink!
But there comes Darwin with his plan, and shows the true Descent of Man,
And that explains it all full well, for man was once – a leather bot-tel.

There are Molusca rather small, that Naturalists Ascadia call;
Who, being just a bag like skin, subsist on water pouring in;
And these you’ll find, if you will seek, derive their name from heathen Greek;
For Scott and Scapula show full well that As-kos means – a leather bot-tel.

Now Darwin proves as clear as mud, that, endless ages ere the flood,
The Coming Man’s primeval form, was simply an Ascidian worm;
And having then the habit got, of passing liquor down his throat,
He keeps it still, and shows full well that man was once – a leather bot-tel.

*When Bachus’ feasts come dully round, Athenians peasants beat the ground;
And danced and leapt, to ease their toil, ‘mid leather bottles smeared with oil;
From which they slid, with broad gramasce, and falling filled with mirth the place,
And so they owned and honoured well their great grand aire – the leather bot-tel.

*The toper loves to sit and swill of wine, or grog, or beer, his fill;
And, as he doth but little eat, it serves him both for drink and meat;
But don’t, I pray, be to strait-laced or blame it pure Ascidian taste;
For Darwin’s theory shows full well, the toper is – a leather bot-tel.

*The Dean of Christ-Church does not shrink, to give five reasons we should drink;
“Good wine, a friend, onbeing dry, or lest we should be by-and-by;”
Then adds the fifth in humorous sport, as “any other reason” fot’t;
But all his reasonings show full well, the Dean was just – a leather bot-tel.

*Nay, those who fain strong drink would stop, don’t ay, we should not drink a drop
But water, milk, or “eau sucree”, we’re free to tipple all the day;
Sam Johnson’s self, as you may see, drank many myriad cups of tea;
And all this drinking shows full well, that man’s at best – a leather bot-tel.

“The thirsty earth drinks up the rain” the plants, too, drink the moistened plain
“The sea itself, which one would think, would have but little need of drink,
Drinks twice ten thousand rivers up ; “while beasts and fishes share the cup;
The Sun, too, drinks, the Moon as well; so Nature’s all – a leather bot-tel.

I hope even Darwin don’t say Nay, when asked at times to wet his clay;
And I for one would drink his health, and wish him sense and wit and wealth,
And if good liquor he doth brew, I”drink to old Erasmus too;
And gladly join to show full well that man is still – a leather bot-tel.